Try This Boxing Workout for Power, Speed, and Strength 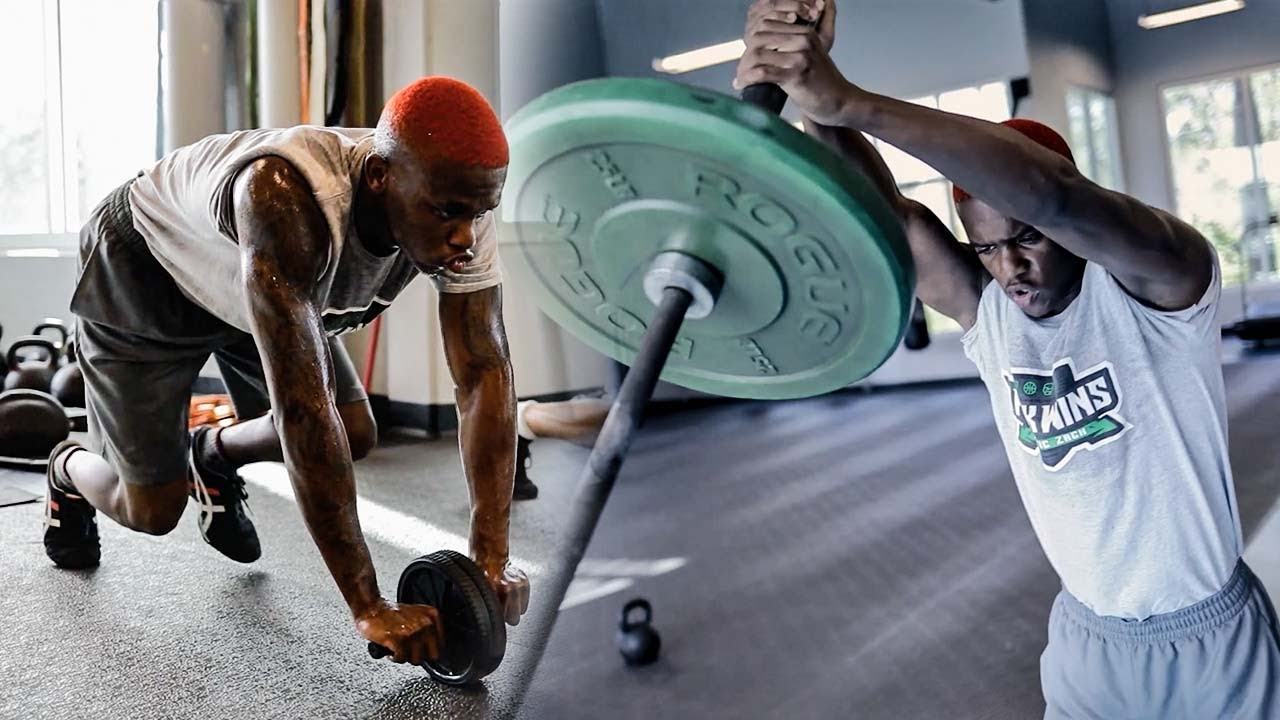 Try This Boxing Workout for Power, Speed, and Core Stability

There are still pockets of boxing traditionalists who advice against strength training. These guys believe that strength training will make you slow, stiff, rigid, bulky. The muscle will weigh you down. It’ll put a dent in your gas tank.

That’s just not the case if you’re training intelligently.

There are many physical qualities you need to be successful in boxing.

Some of them include strength, core stability, mobility, endurance, movement quality, speed, explosiveness, and power.

We’re emphasizing core stability, power, and speed in this boxing workout. And by no means should you just hop into this program if you haven’t been training.

Going in raw could be harmful to your body and your performance.

Check out Heavy Hitter to uncover my full approach to boxing from start to finish (grab it here for half-off). 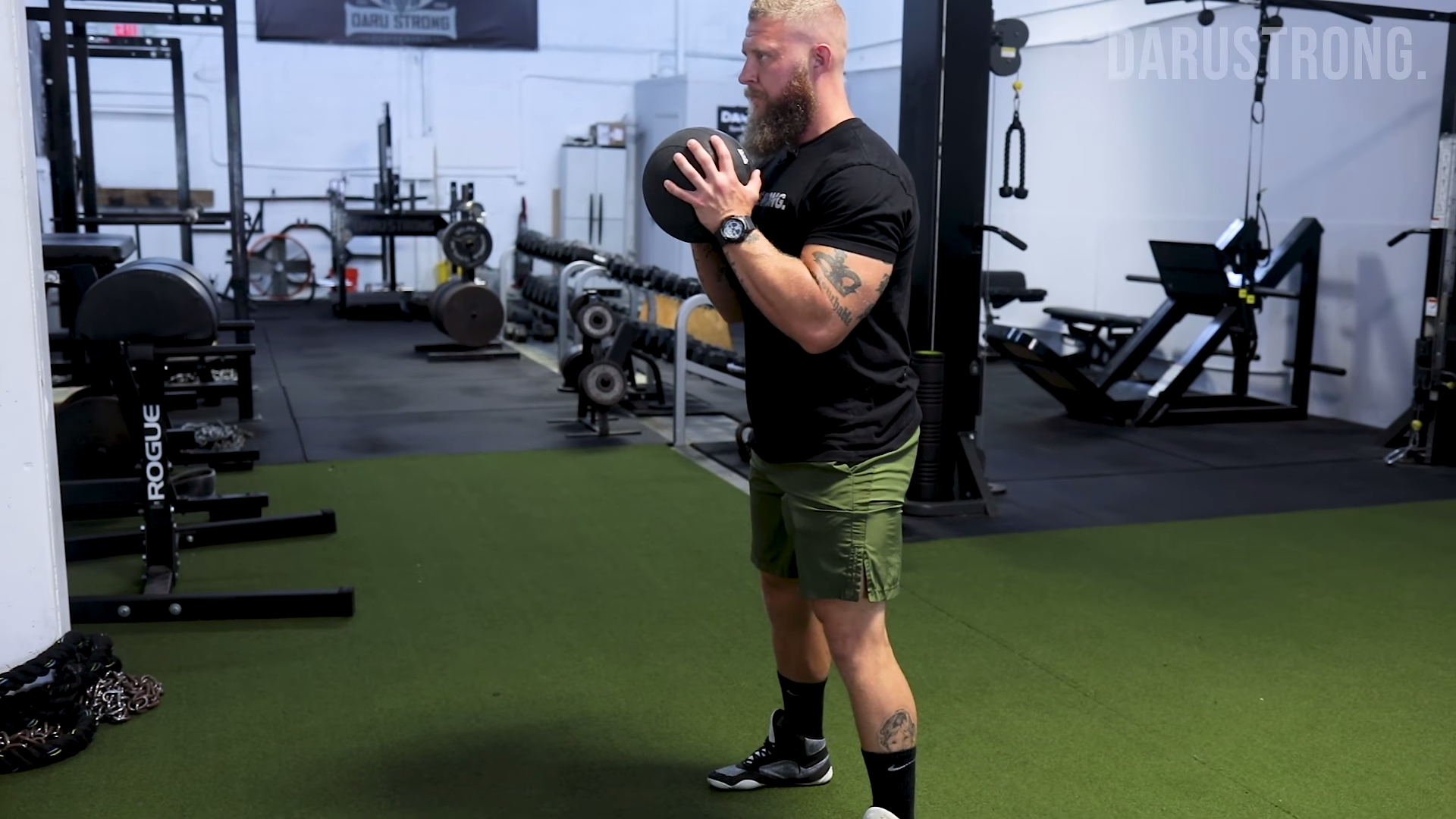 This boxing workout for power is split into five different sections.

The first section is the warm-up. For the sake of your time and mine, I won’t share the warm-up on here. Just make sure you’re doing something to raise the internal temperature of the body, get loose (dynamic stretching), and prepare your body for activity.

The next section is the plyometric section. If you don’t know, plyometrics are bodyweight movements designed to increase your rate of force development. By and large these movements are a countermovement followed by a quick rebound in which you propel yourself off the ground.

This works the stretch-reflex, or the contraction of the muscle in response to a passive stretch.

The next section of this workout is the ballistics section.

Ballistics are movements in which the athlete throws a weight explosively to increase his power.

In general, I like to perform ballistic movements with no more than 12 pound weights to emphasize the speed and explosiveness of the movement.

Next we have weighted plyometrics.

Weighted plyometrics should be similar to regular plyometrics in that they are reactive. Many coaches and athletes load these movements up with too much weight, which results in the athlete muscling the weight up.

The emphasis should be placed on technical proficiency and explosiveness, not who can lift the most weight.

Finally we have core stability.

Stability is key for boxing as much as it is for any sport.

Every time you perform any kind of movement, especially an explosive one, force is being transferred through the body. You will leak force if your body isn’t stable.

That stability starts with the core.

Now that all of this is laid out, let’s get into the boxing workout for power, speed, and core stability.

Forward pogo jumps are a great movement to build up the force absorption and production capacity of the ankle, an undervalued joint from a training perspective.

Developing the ankle can spark an increase in power.

It will also help your movement efficiency and play a role in preventing injury.

Forward squat jumps focus more on the knee and ankle joints. Just like the pogo jumps, they’ll help you increase your capacity to produce and absorb force in the lower extremities.

This will ultimately work to increase your overall power and explosiveness.

Here’s How to Perform the Ballistic Medball Rebound Chest Pass:

While this movement isn’t technically a ballistic, it goes along with the theme of increasing the speed of contractions.

The banded push-up could be defined as an overspeed exercise in that it gives the body the assistance it needs to move at speeds higher than what would be normally possible.

In other words, the band helps you push-up with more speed than you normally would if left to your own devices.

Here’s How to Perform the Banded Push-Up:

The rotational two-arm landmine press is a movement that works hip extension, the obliques, as well as the muscles of the deltoids, triceps, and pecs. This makes it a perfect movement to improve knockout power as well as developing all of the muscles and movement patterns involved in a punch under resistance.

Here’s How to Perform the Rotational Two-Arm Landmine Press:

Trap bar deadlift jumps are my favorite weighted plyometric for boxers, MMA fighters, and other athletes by far. Not only is it safer than squat jumps with a barbell, but it’s much more easily accessible for most athletes.

On top of that, it incorporates more of the posterior chain than a squat does. This makes it great for boxers and MMA fighters, who are notorious for their weak posterior chains.

This is one of my favorite movements for core stability. Ab wheel bear crawls had to be included in this boxing workout for power, speed, and core stability because they’re a great builder of core strength and stability.

On top of that, they test your mind. It’s not that this movement is difficult, it’s that it takes a lot of focus to maintain the proper positioning for the amount of time it takes you to crawl from point A to point B.

You’ll curse me when you first try them. But you’ll thank me later.

Hanging rotational knee raises are a great builder of the obliques and the muscles surrounding the obliques. Every time you throw a punch, you’re generating rotational torque from the ground forces as well as your obliques, so it’s important we develop them if we want knockout power.

This boxing workout for power, speed, and stability is just the tip of the iceberg.

If you’re really serious about your boxing performance, then you need to follow a program with progression that works on ALL the qualities necessary for success in boxing – that’s more than just knockout power. And if you agree with that,  check out Heavy Hitter.

Right now, you can get access to the methods of the best for half-off because you’re a reader of the blog.

Click here to claim your exclusive discount on Heavy Hitter>>>