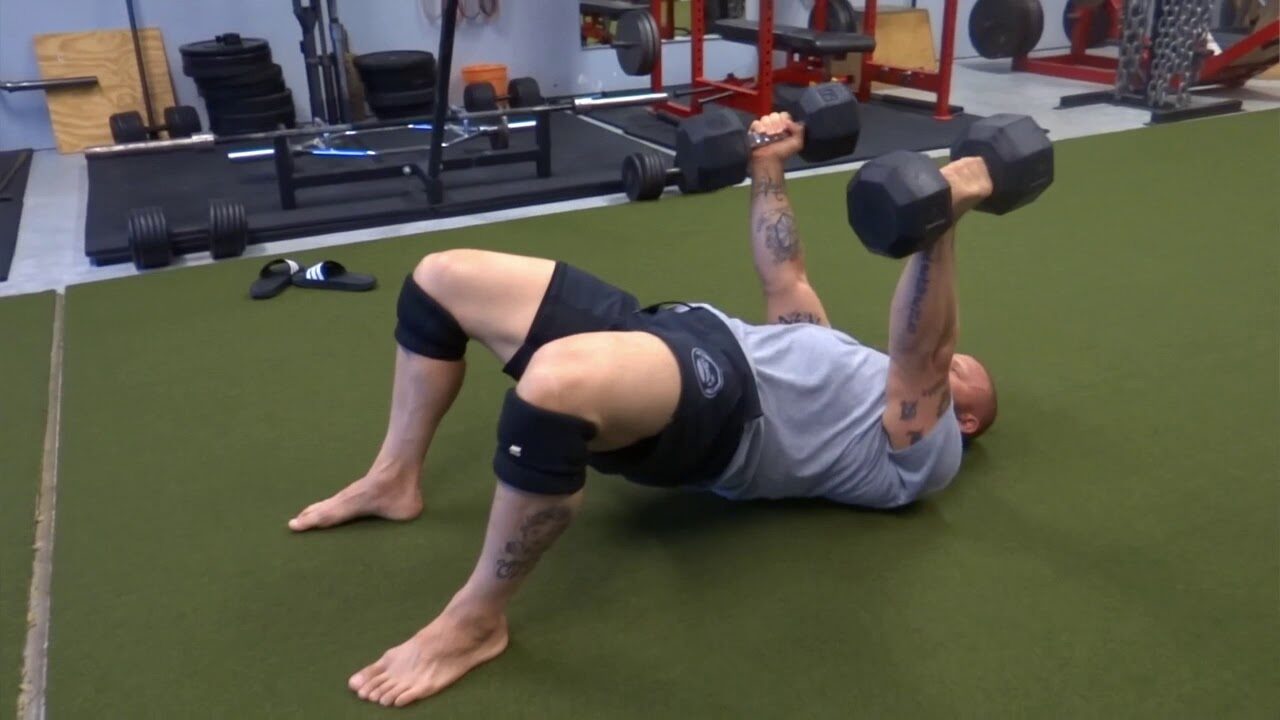 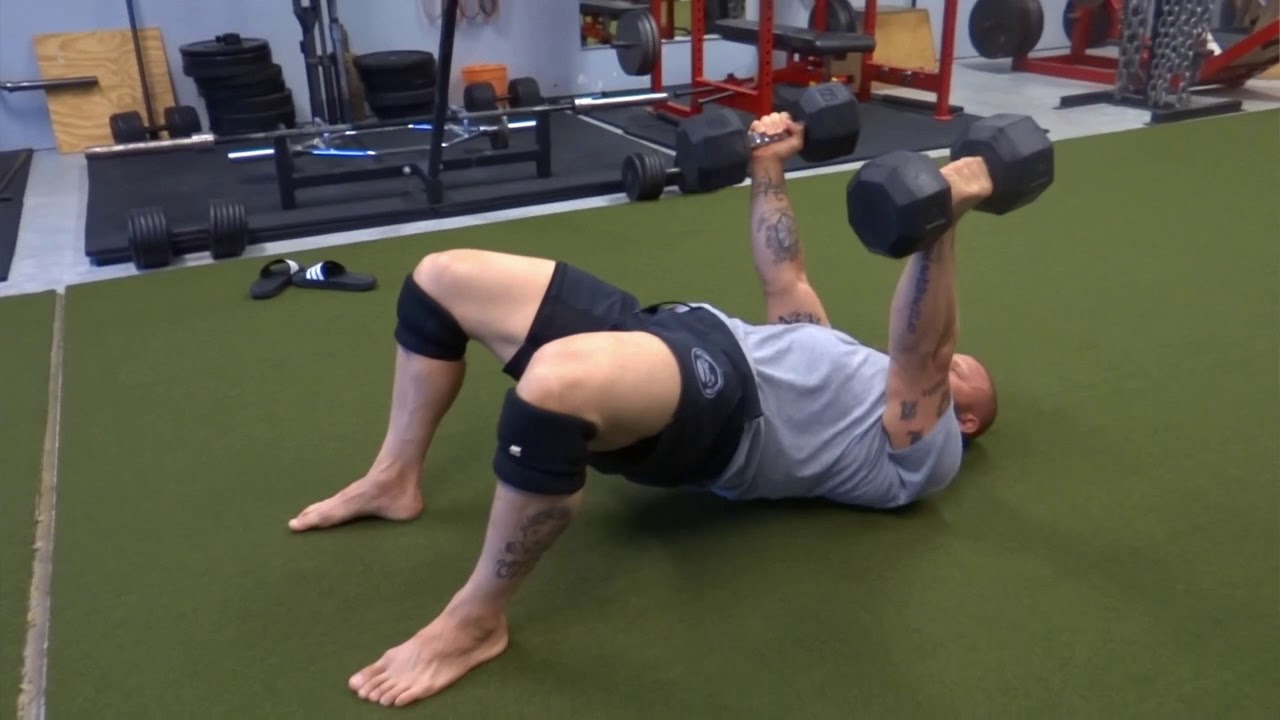 My general approach to training is to enhance general physical preparedness to get better at specifics.

In English, that means that I like to enhance general traits that have correlation to the sport.

However, there comes a time to get sport-specific. Specifically as fight time creeps up on you.

So today, I want to share the 5 BEST strength training exercises for MMA. And by BEST, I mean the most applicable to the sport. Because the BEST exercise for one person may not be the best for another person. It really depends on their needs, their strengths, their weaknesses, and their goals.

However, these are the most specific to the sport.

Let’s get into the meat.

The Zercher squat is an undervalued squat variation that requires you to place the barbell in the crook of your elbow and use slightly more hinge than you would in a traditional squat. This hinge factor is great because a lot of fighters have extremely locked up hips and have trouble activating the glutes. This movement will work to get the glutes involved.

Why It Works For MMA: The position you’re in for a Zercher squat, as well as the path of the barbell during a Zercher Squat, has high transferability to the sport. For example, the Zercher squat uses the same muscle groups and positioning as a double under-hook takedown from the cage. It’s also easier on the shoulders than most squat variations. This is key because a lot of fighters have tight shoulders, and could be compromised in a back squat or a front squat

How to Perform a Zercher Squat:

The second exercise on the list of best exercises for MMA is the dumbbell glute bridge floor press.

This exercise has you positioned on the floor with the hips extended, dumbbells in hand. From that position, you’ll press the dumbbells for the desired reps.

Yes, there’s a lot going on here. Let me explain:

I prefer using dumbbells with a lot of combat sport athletes because barbells keep the shoulders in a fixed position. This could put the fighter in a compromised position.

The glute bridge is included because, again, many fighters have weak, underactive glutes. This is just another measure that works to get the glutes working properly. And this correction will carry over to other areas of the fighter’s performance such as explosiveness, power, and general strength.

Why It Works For MMA: The dumbbell glute bridge floor press also has high transferability to combat sports. The position itself is similar to a position you’d find yourself in if you were trying to hip bump someone out of your mount. The glute bridge aspect also allows you to produce maximal force, which will carry over to the strength you need for your sport.

How to Perform a Dumbbell Glute Bridge Floor Press:

But for as much as a mouthful, it doesn’t underdeliver in the results department.

The dumbbell walking Zercher split squat good morning is a unilateral (single leg focused)  exercise that targets the muscles of the posterior chain. This includes the glutes, hamstrings, and low back.

These muscles are typically underdeveloped in fighters. And many fighters have left-to-right imbalances, so the unilateral aspect of this exercise can hammer away at those imbalances.

Why It Works for MMA: This movement mimics a double-leg takedown and builds the muscles involved with that movement in a unilateral fashion. Every time you step, you hinge the hips back and drive the elbows up like you would if you had double under hooks.

The banded dumbbell row is the fourth exercise on this list of the best exercises for MMA. This exercise has you attach a heavy band to a single dumbbell, grab the dumbbell by both ends, and rowing that dumbbell with the band attached.

Why It Works For MMA: Many fighters have underdeveloped and weak muscles in the mid and upper back. This movement works to develop the muscles of the back that will support shoulder health, strong posture (which can increase your endurance), and overall structural integrity.

How to Perform a Banded Dumbbell Row:

What would a list of the best exercises for MMA be if I didn’t include a core exercise. Truthfully, the core is the root of strength and conditioning for MMA. It plays a role in power production, punching speed, knockout power, stability, and so much more.

And this anti-rotational core movement is one of the best core exercises for MMA.

This movement has you in a kneeling position with a band in your hands, the other side of the band tied around a rack or pole. You will then press the band towards and away from your chest while you resist the pull of the band.

Why It Works For MMA: The kneeling position of the movement is similar to the position you’d be in if you were in someone’s guard, trying to base yourself out so you don’t get swept. Additionally, the core stability you build with this exercises can carry over to your power output.

How to Perform a Kneeling Anti-Rotation:

How to Use These Exercises for MMA

This list of the best exercises for MMA contains a mixed bag of upper body and lower body exercises. It contains main lifts along with accessories. It even contains some core work. As a result, it may be difficult to see how you can piece these exercises together without simply plugging them into your current workout.

If you’ve used any of my programs, you know that I like to use full body workouts with an undulating periodization so the athlete doesn’t become accustom to the stresses the program exposed them to.

This said, depending on whether the athlete is in or out of camp, I have them strength training 3 to 4 days a week. On each day, I have a different main lift. It could be a bench press, a Zercher squat, or some kind of deadlift. I follow that lift up with another big lift for the opposite extremity. So if the first lift was a bench press, I’ll do something for the lower extremity.

Then I’ll follow that with some kind of antagonist movement for the first movement performed. For example, a bench and a row.

Then I’ll either jump into core training, or a global movement (see this post).

Obviously, this is a general layout. But, if you want to get into specifics, check out Heavy Hitter.

Heavy Hitter contains the exact programming, exercises, and methods I use to train world class fighters like Dustin Poirier, Kelvin Gastelum, Frankie Edgar, and many more.

If you’re serious about your performance, I encourage you to check it out.

Because do you think the best fighters in the world are piecing together their own programming?