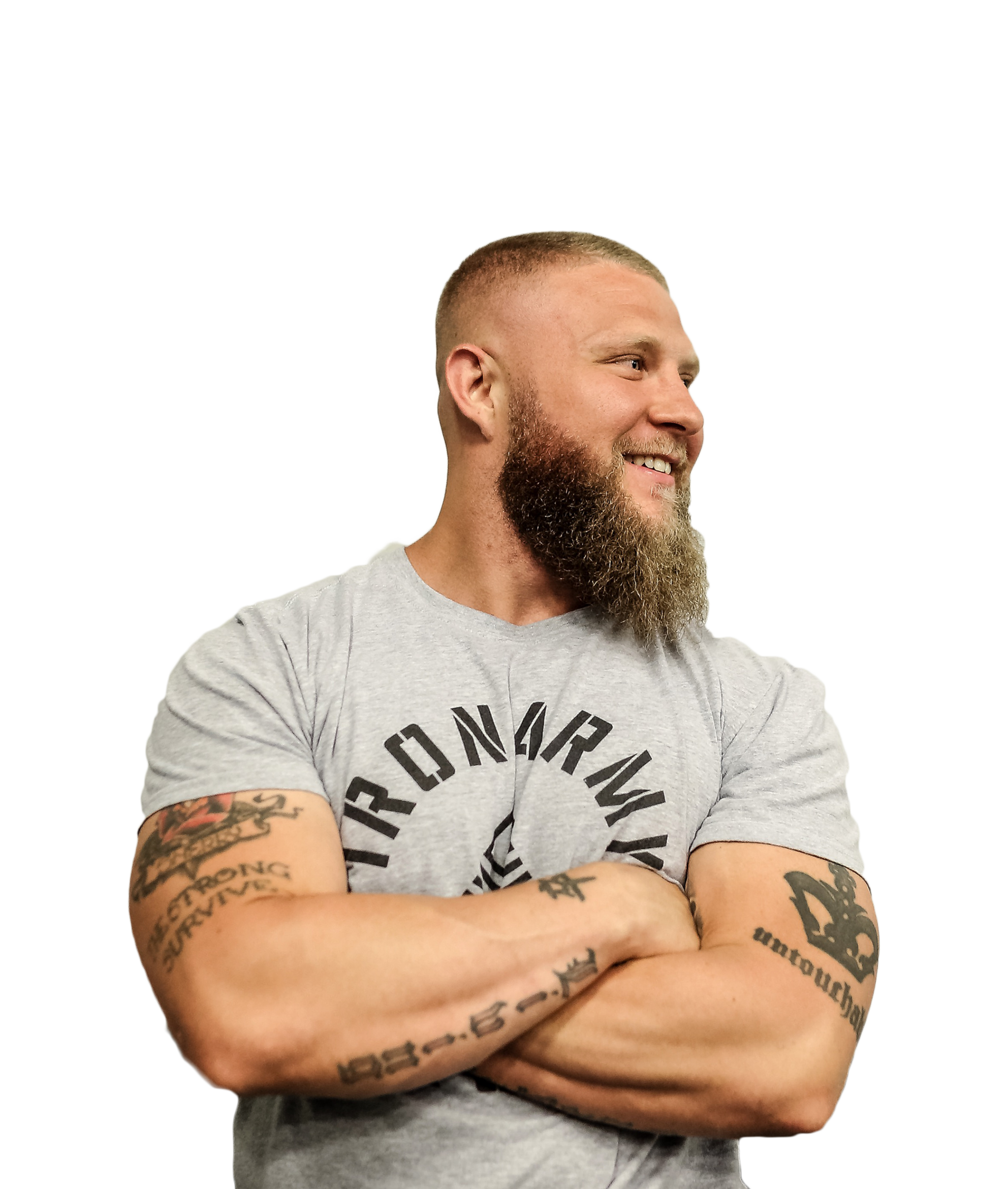 Phil Daru is a world renowned strength and conditioning coach and is the founder of Daru Strong, a brand dedicated to helping one’s performance, life, longevity, personal growth, and becoming the best versions of themselves. Phil also owns and operates the Daru Strong Performance Center in Boca Raton, Florida. Phil has worked with some of the most elite athletes and fighters in the world such as: Joanna Jedrzejczyk, Dustin Poirier, Jr. Dos Santos, King Mo Lawal, Tecia Torres, Colby Covington and over 80 Pro fighters each week. Phil’s resume also includes World renowned celebrities, NFL players, World Champion Boxers, UFC fighters and Olympic athletes. For over 10 years, Phil has been training the top athletes because of his ability to improve performance such as power, strength, speed, agility, mobility, and endurance.

His resume includes World renowned celebrities, NFL players, World Champion Boxers, UFC fighters and Olympic athletes. When it comes to combat sports training along with strength and conditioning, Phil is truly the best in the industry.  Phil and his methodologies have been seen on ESPN, Fox Sports, The Luke Thomas Podcast, Spike TV, The Schmo, Fighters Only Magazine, UFC embedded, Mark Bell’s Power Podcast, Espn +, Elliott Hulse’s Strength Camp, The NFL Network, Joe Defranco’s Industrial Podcast Show and in many books around the world. By watching, listening and following Phil’s training methods, you will be able to truly dominate all of your training goals at the most elite level.

A personal one on one training approach dedicated to optimizing ones life, longevity, personal growth, and well being. Structured programming to develop and help all clients to achieve their personal goals.

Being accountable for ones self involvement to achieve a level of human performance, and a strategic healthy approach to becoming strong in all facets of life.

To maximize attention towards optimization of clients dreams and aspirations. To achieve and attain a level of wellness that the client can truly be happy with

To be personally invested in the state of the clients well-being, and making it a personal goal to get the clients goals accomplished. Optimizing longevity and health in all individuals.