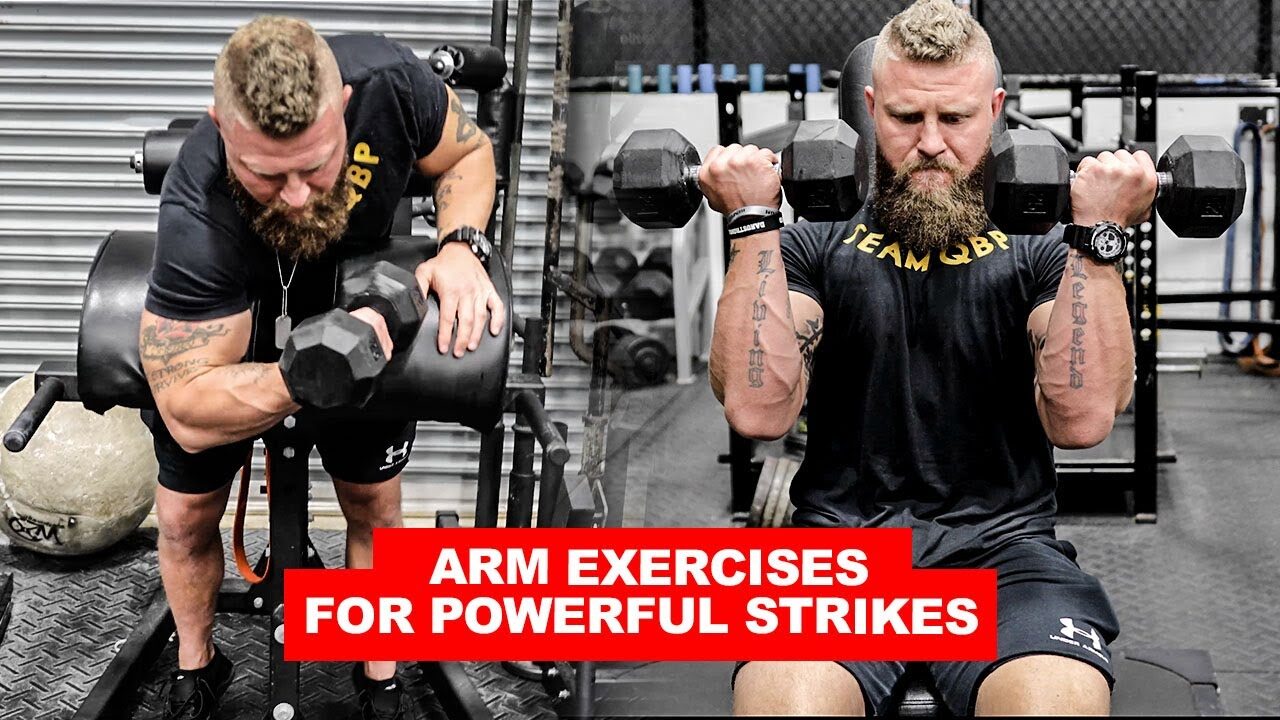 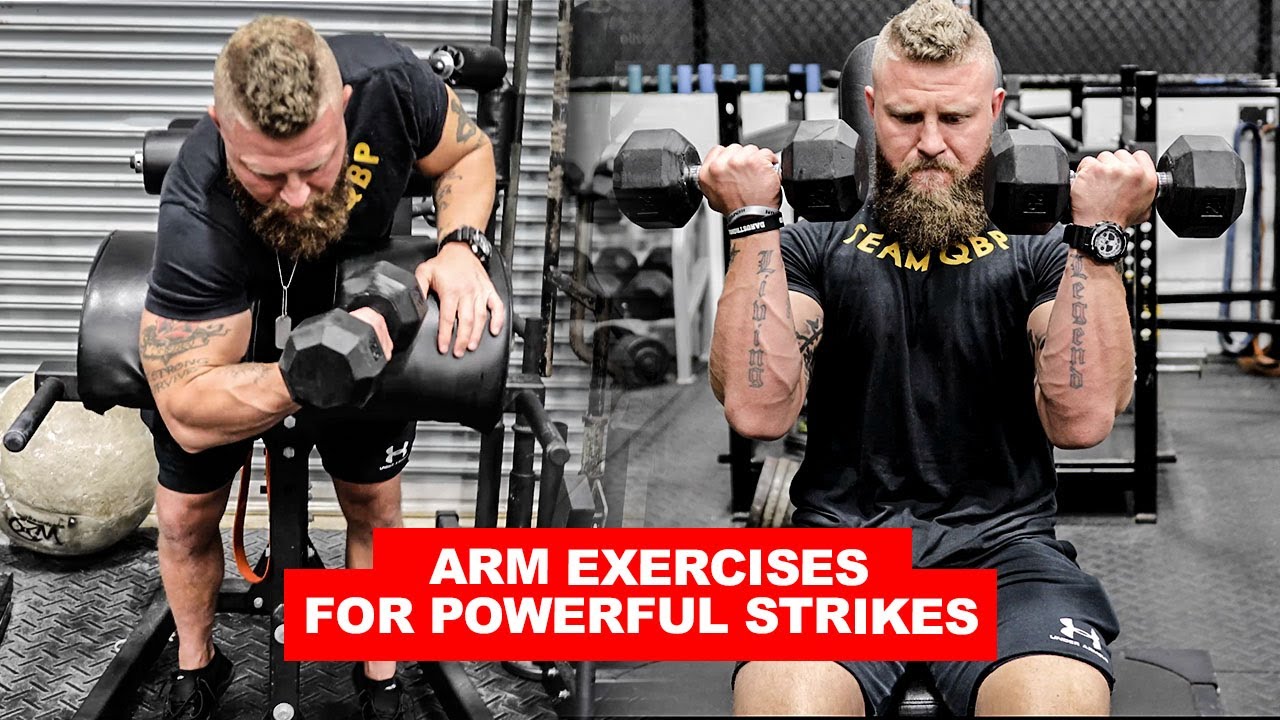 I know what you’re thinking – can training the arms increase your punching power?

The answer is, yes.

A lot of fighters who strength train tend to steer clear of training the arms because they believe these muscles are “show muscles”.

There is some truth to that. But when you train your biceps and triceps with purpose, intention, and intelligence, that training can help increase punching power.

No, you can’t bicep curl or skullcrusher your way to throwing punches that are like hydrogen bombs.

But, when you train your arms the way I’m about to lay out here, using these exercises to increase punching power, you will facilitate improved knockout power.

How Do You Train Arms in a Way That Increases Punching Power? 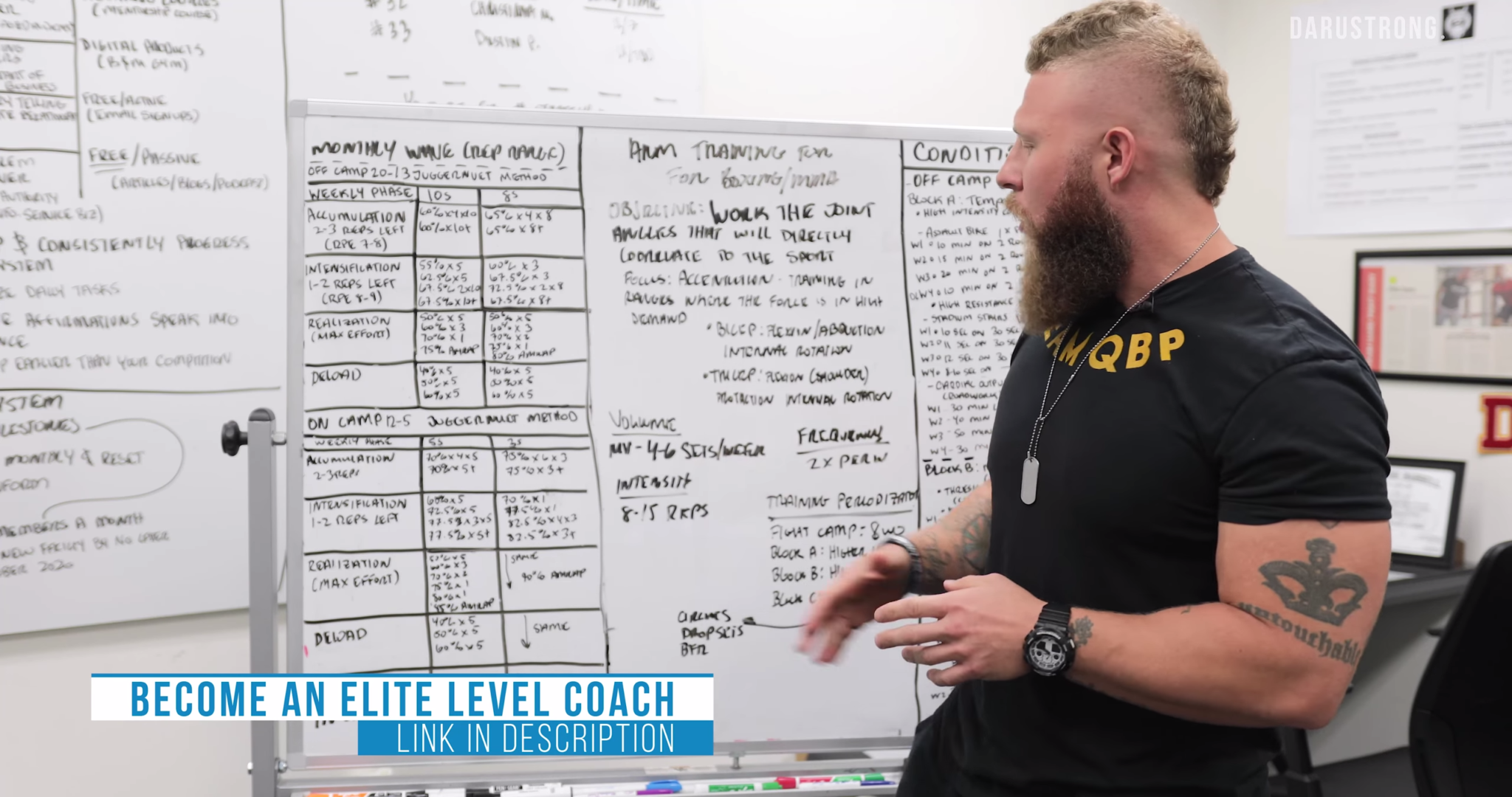 They perform high amounts of volume, they use slow and controlled tempos, they blast the arms from every different angle.

If you want to train your arms in a way that increases punching power, there’s only one objective: working on the joint angles that directly correlate to the sport.

In other words, you’re developing the arms in a way that supports the particular movement patterns specific to our sport.

The focus is going to be on training the joints involved in the punching movement as well as the muscles across that joint that play a role in power production and absorption.

In this case, we’re training the muscles across the shoulder joint – the biceps and triceps.

When you talk about training the biceps to increase punching power, you want to work in ranges that support flexion of the shoulder. Shoulder flexion is the motion of lifting your arm.

It’s common sense that building the arms in a way that supports shoulder flexion could carry over to increased punching power.

Another way that bicep training can support your punching power is due to the fact that the biceps absorb a lot of force from the elbow joint on impact. You’ve felt this if you’ve ever hit a heavy bag.

So, not only will arm training support force production, but it will also work to protect the shoulder and elbow joints.

When you talk about training the triceps to increase punching power, one of the first things you want to work on is extension of the elbow. This will allow you to reach full lockout when you punch which will sprinkle a little extra power into your punches.

You also want to train in ranges that support internal rotation and protraction of the shoulder.

The shoulder should internally rotate and protrude out when you’re at the end range of your punch. And we want to train the triceps in a way that supports that internal rotation and protraction so we can increase punching power.

The first arm exercise to increase punching power is the pinwheel curl.

This exercise is similar to a preacher curl. The main difference is that there’s going to be more of an emphasis on the supination and you’re starting from a dead hang position instead of a decline position.

There are two variations of the pinwheel curl. The variation you’ll use depends on how you throw your hooks.

The second variation is where you perform the entire movement in a neutral grip position and finish the movement with the palm facing your body. This variation emphasizes the brachialis.

Again, the variation will depend on how you throw your hooks.

Here’s How to Perform the Pinwheel Curl: 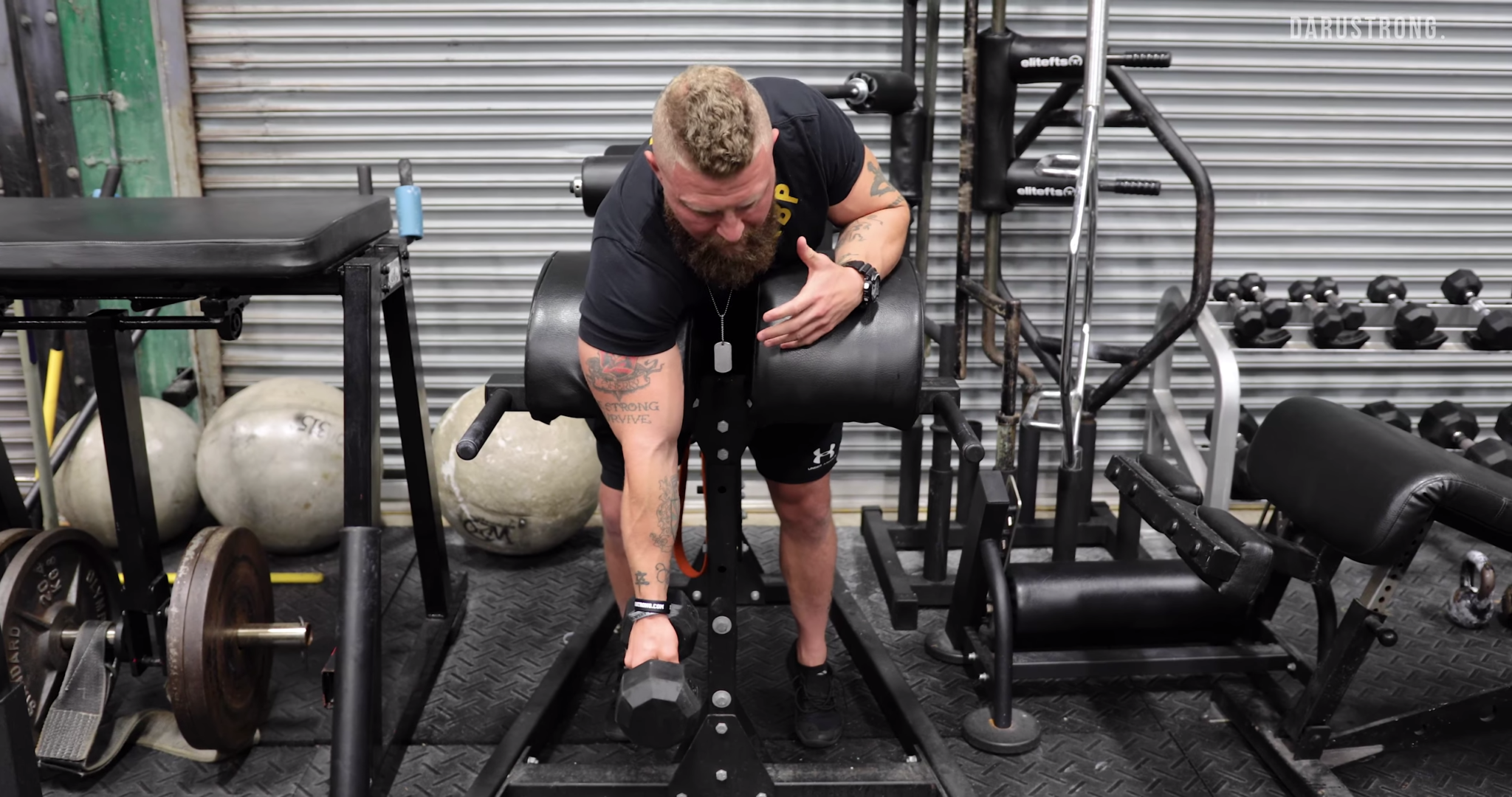 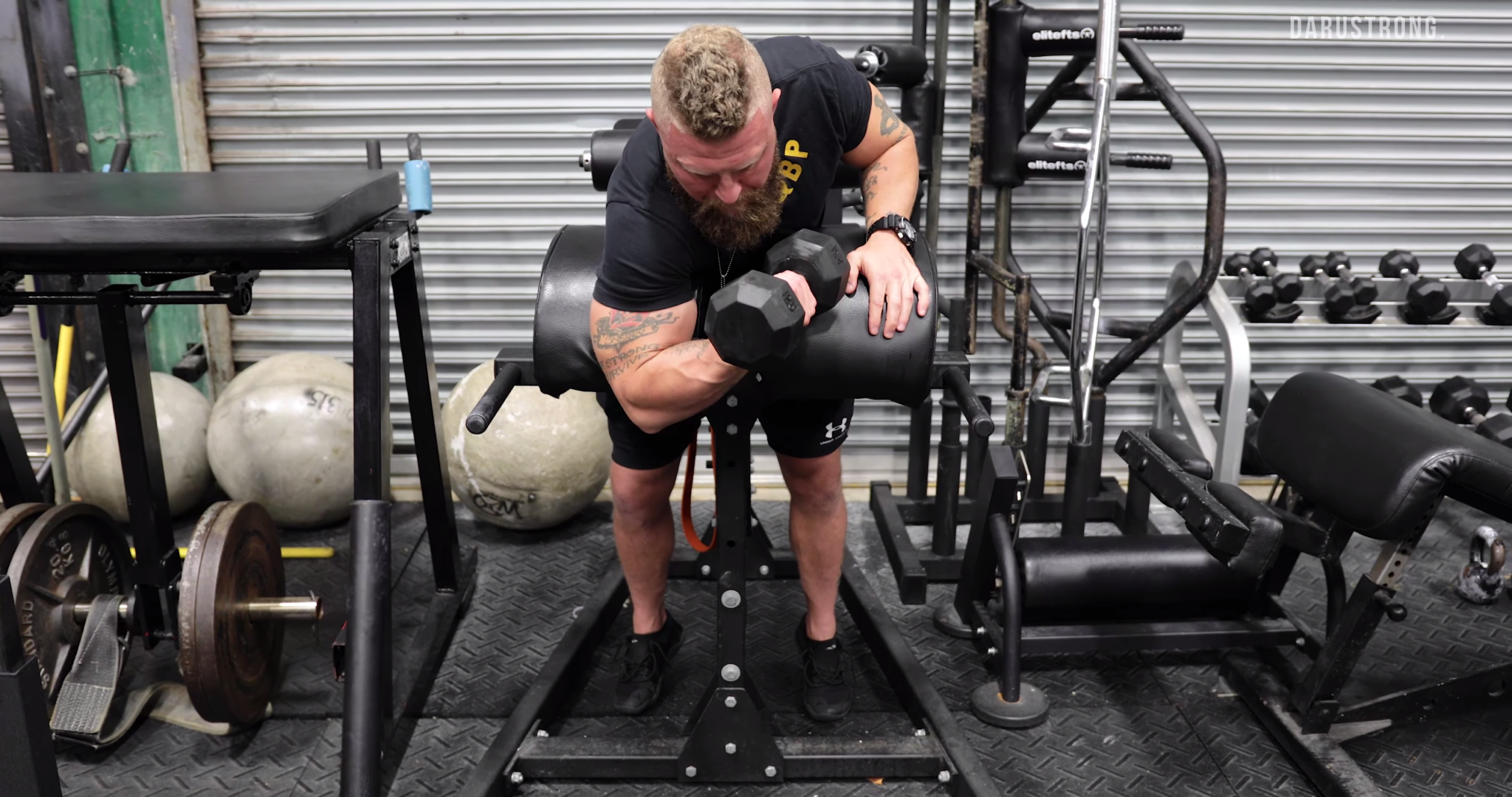 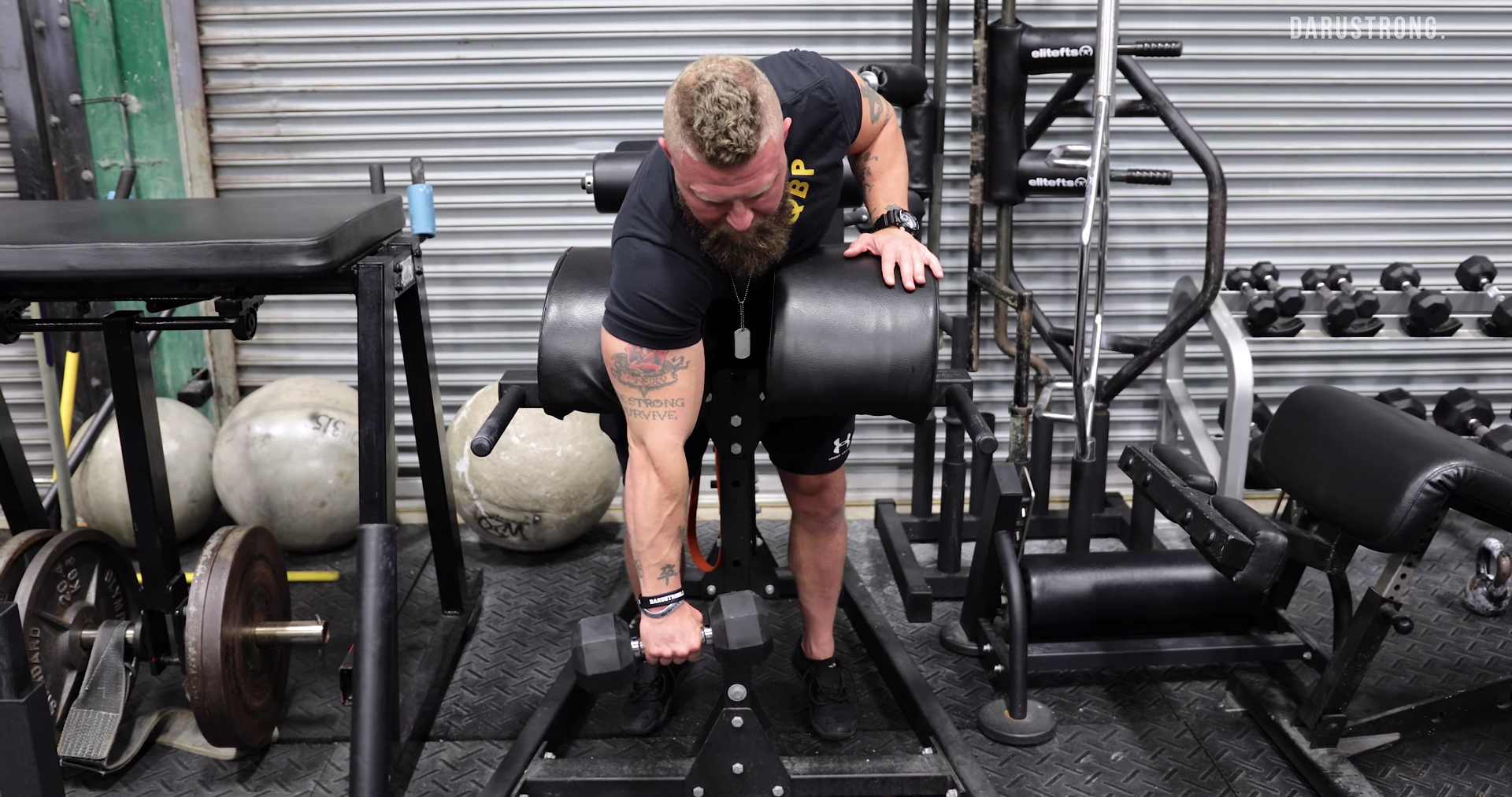 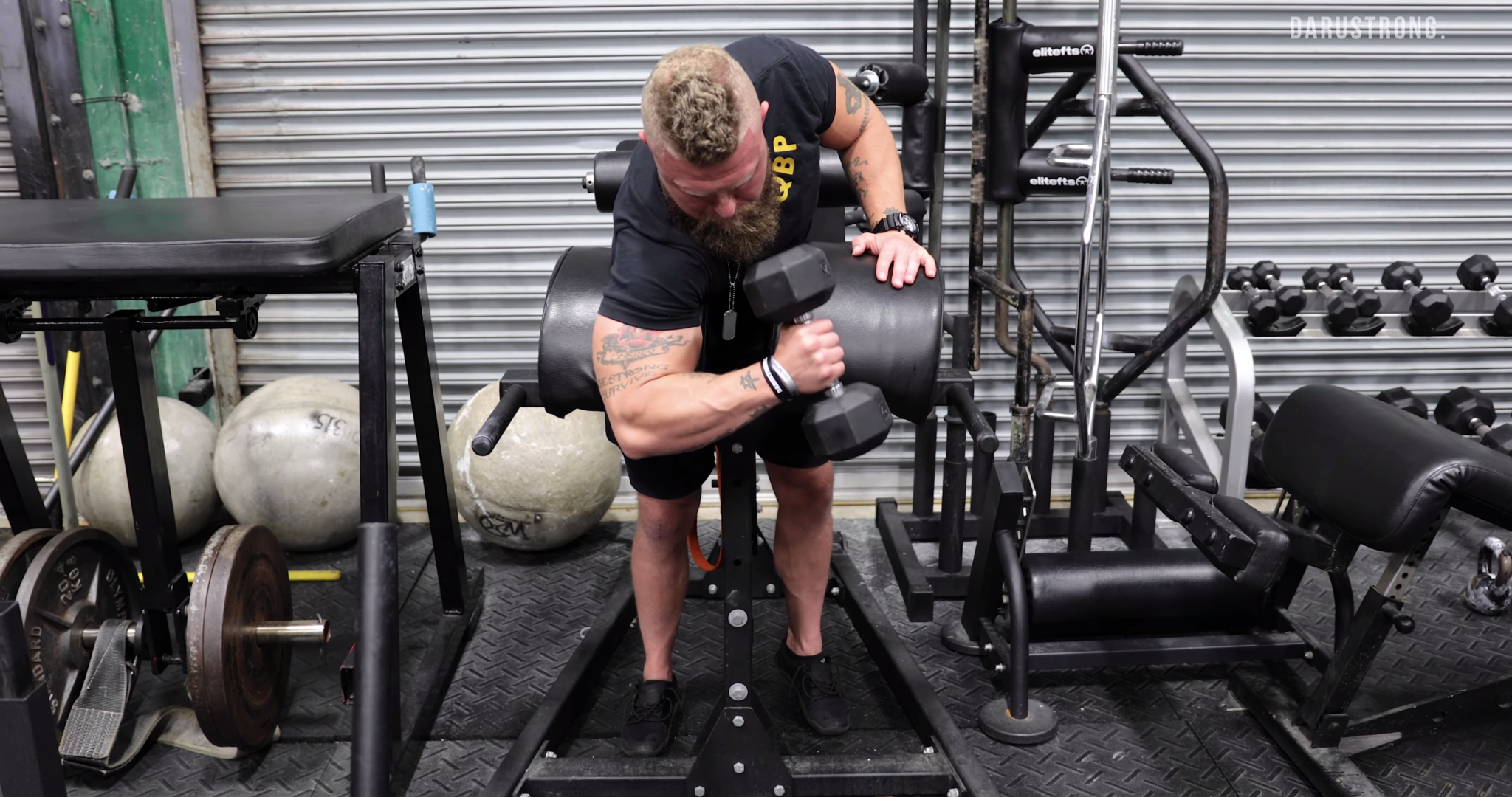 The next arm exercise to increase punching power is a seated dumbbell curl with slight variation.

The difference between this movement and a regular seated dumbbell curl is that when you’re performing this movement you’ll keep your shoulders in a slightly flexed position.

Typically you’re supposed to maintain a retracted position in the shoulders when performing any kind of heavy loaded movement.

However, we’re working very specific ranges in this variation of the seated dumbbell curl.

And when you perform this movement with the shoulders pulled forward, you’re in the same position as you are in the end range of your punches.

Here’s How to Perform the Seated Dumbbell Curl Variation: 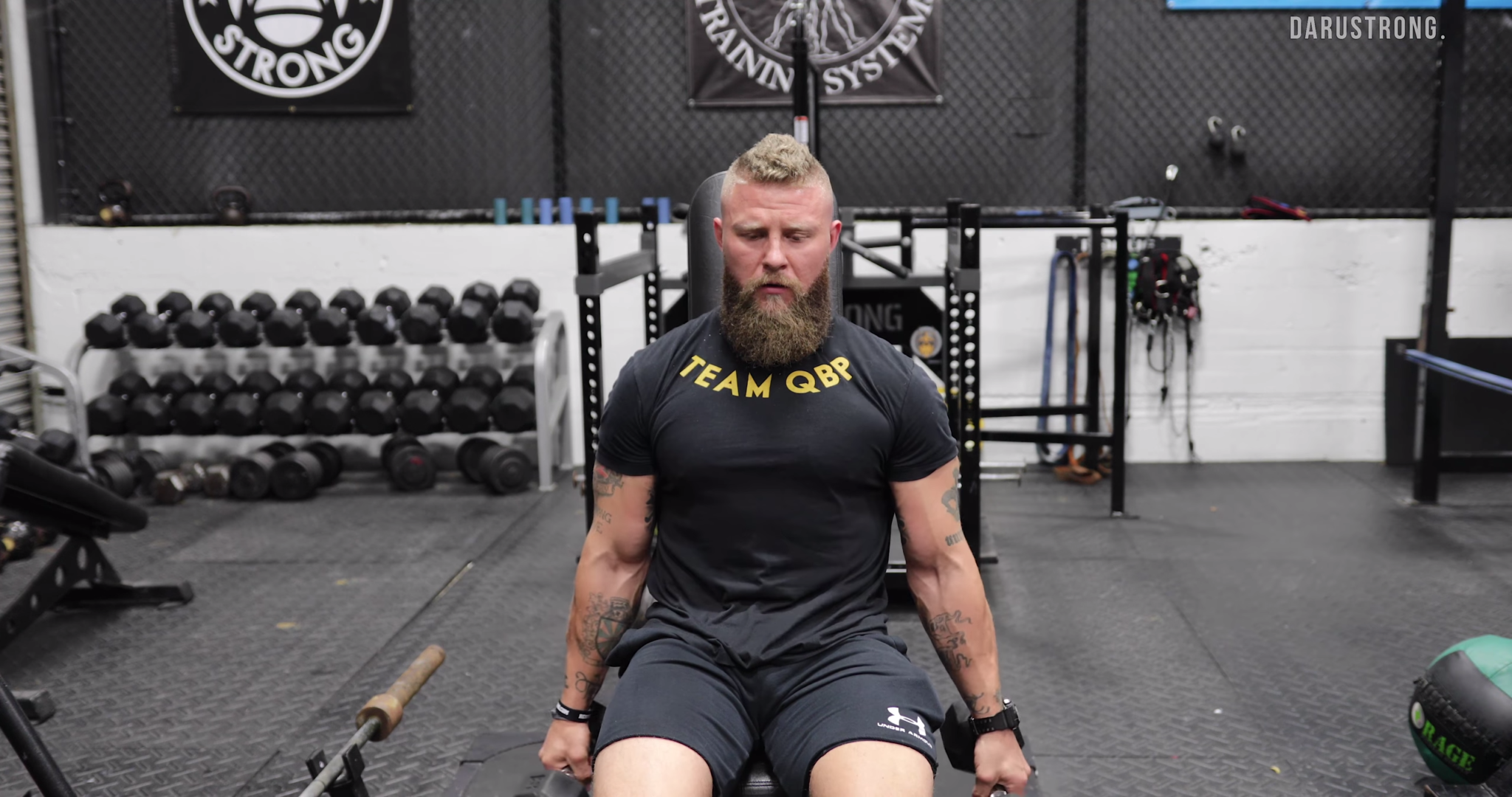 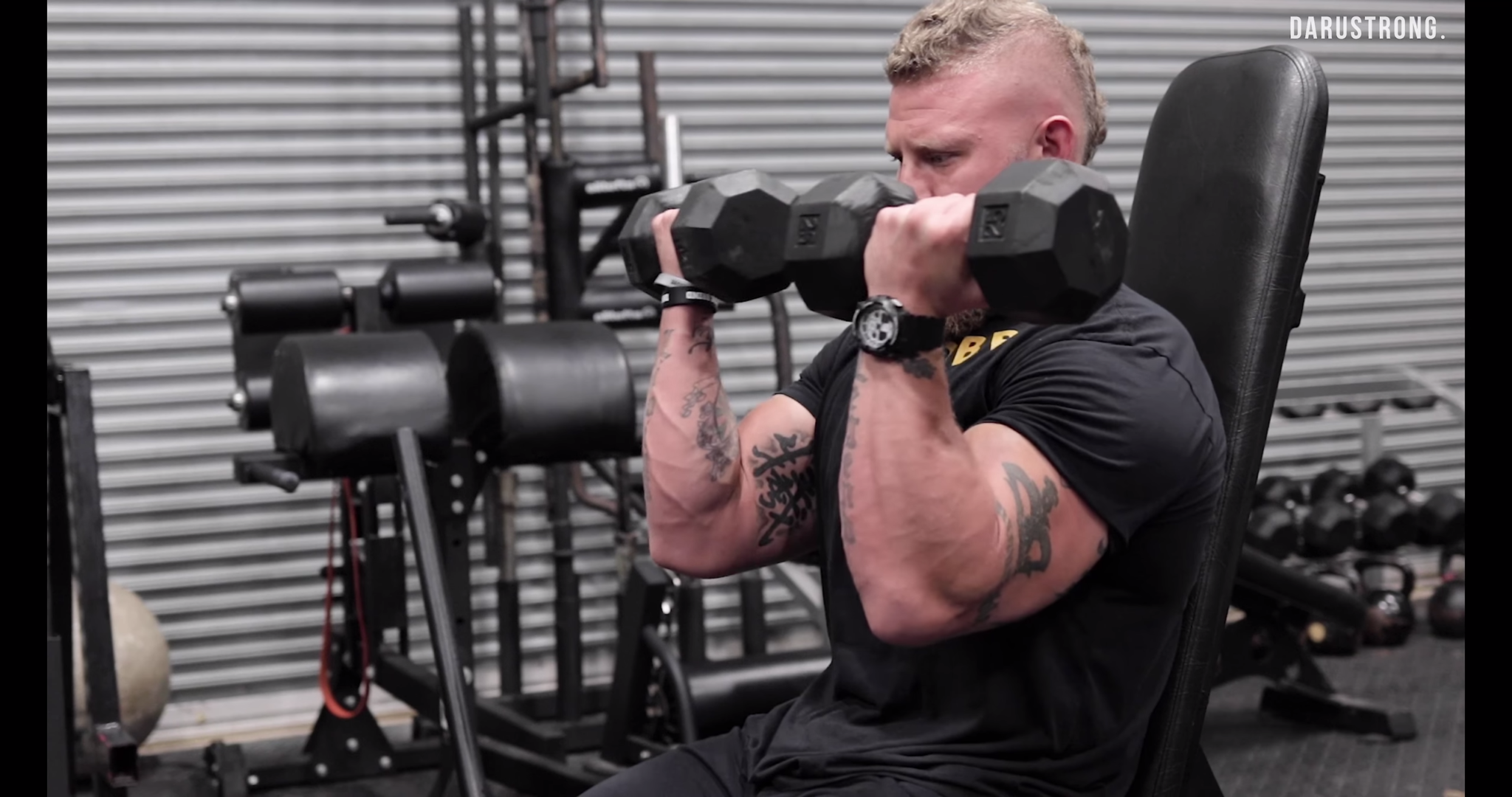 The next arm exercise to increase punching power is a dumbbell press with an accentuated internal rotation.

In addition to this, we’re working protraction of the shoulders and scapula.

That means you’ll want to use lighter weight than you would with a normal dumbbell press.

Here’s How to Perform the Dumbbell Press With Internal Rotation: 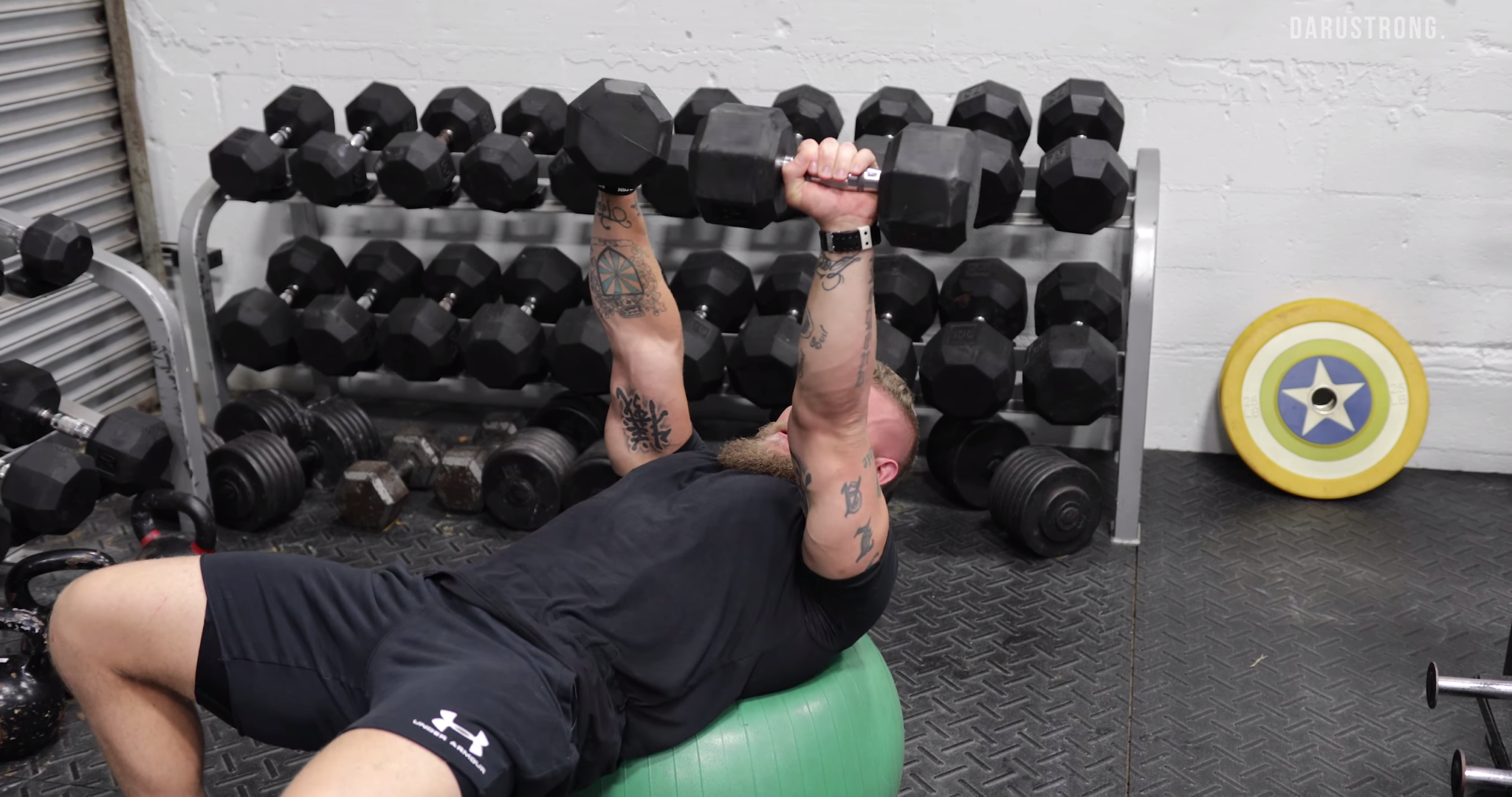 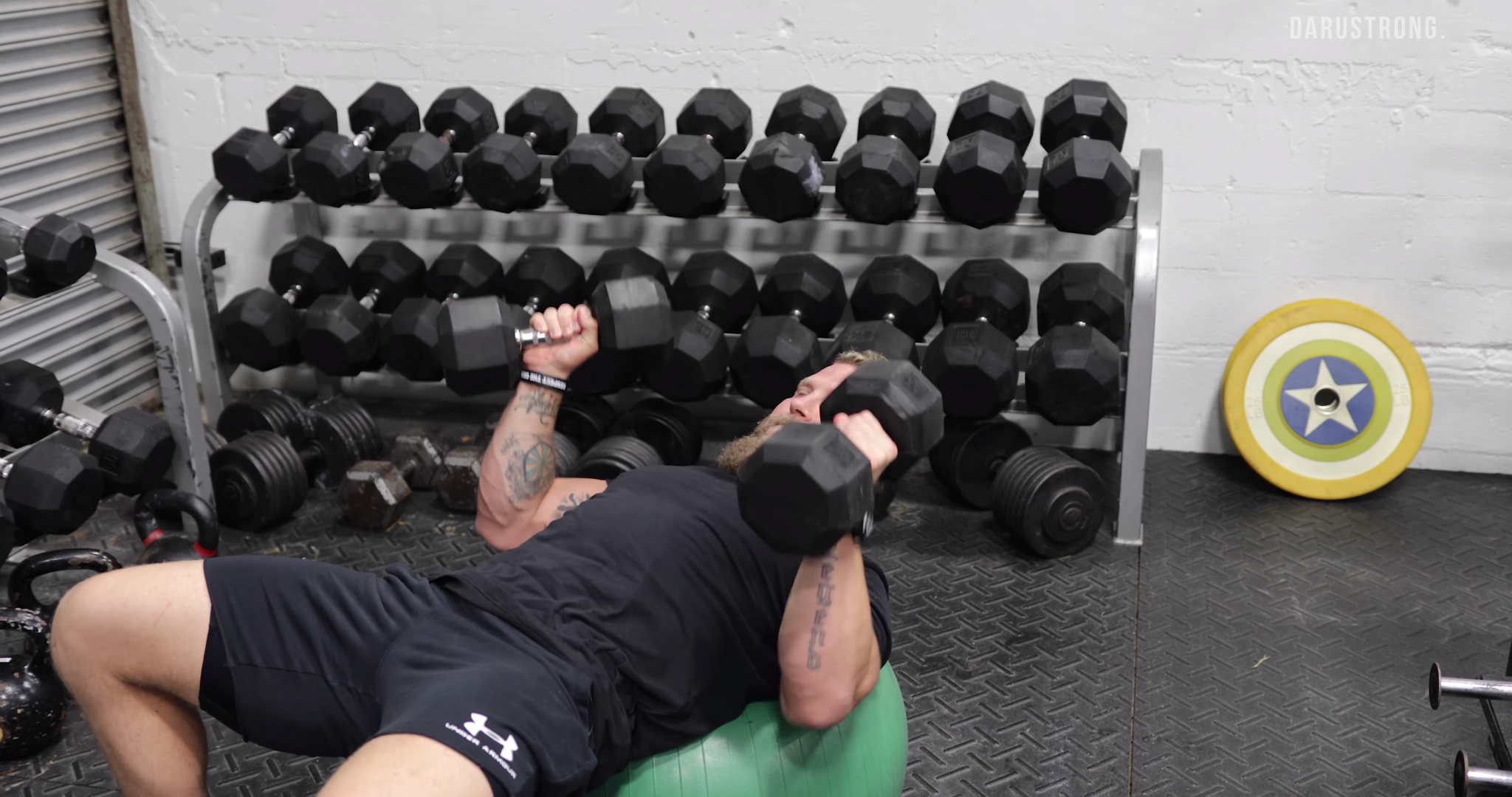 The last arm exercise to increase punching power is a band push-up.

This exercise is kind of a hybrid exercise in that it increases muscular endurance, stability, as well as strength in the specific ranges that can carry over to increased punching power.

Another factor at play is the tempo of this movement. This movement uses a 3/1/3 tempo, which means that there’s a three second eccentric, a moments pause at the bottom, and a three second concentric tempo. This is going to work to improve local muscular endurance as well as manipulate neuromuscular mechanisms that can carry over to increased knockout power.

It’s important that you have heavy enough bands to support your bodyweight. The band shouldn’t sink all the way down to the floor when you put your weight on it. It should be tight enough to stay off the ground when get in position.

Here’s How to Perform The Band Push-Up: 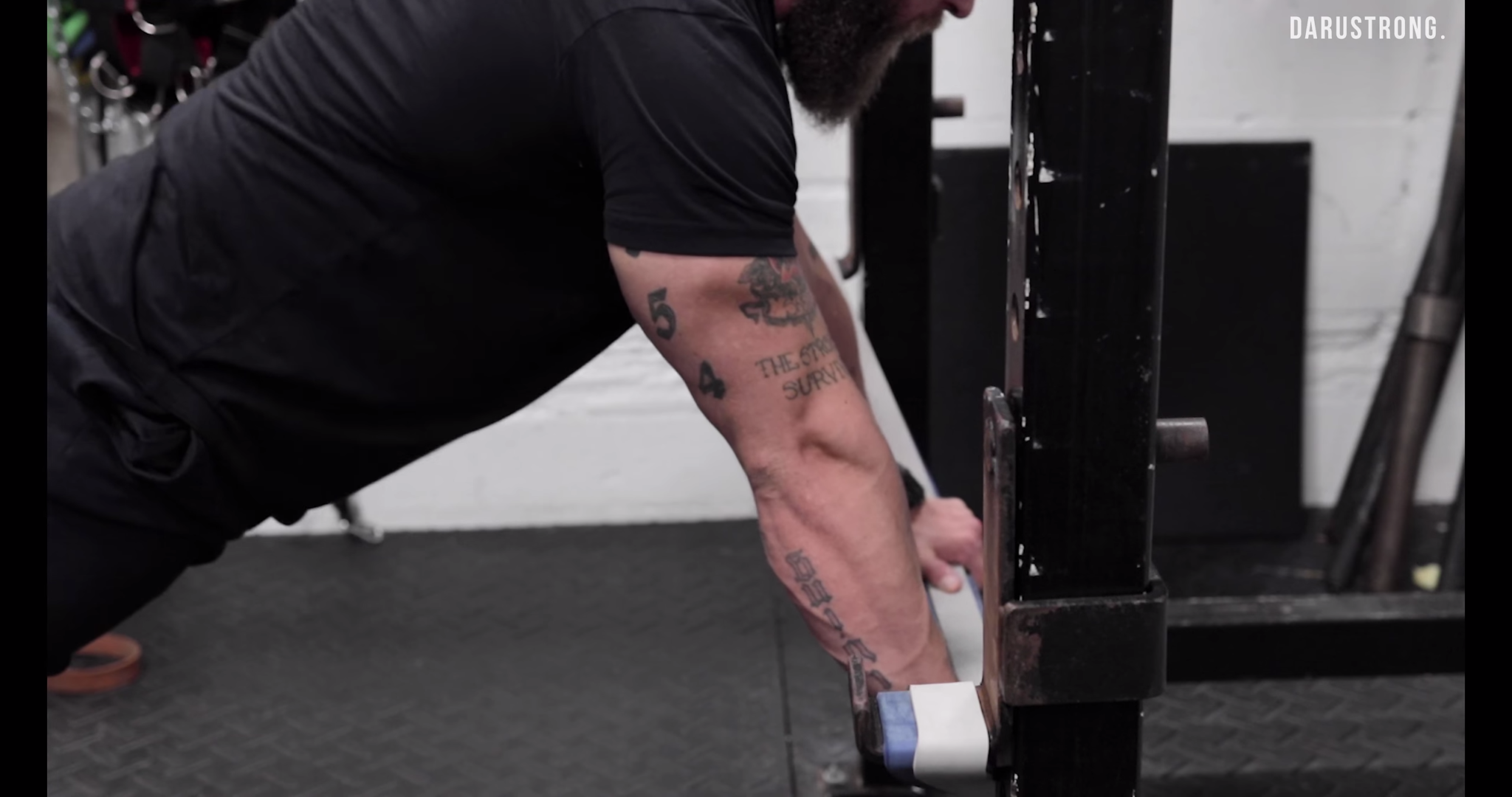 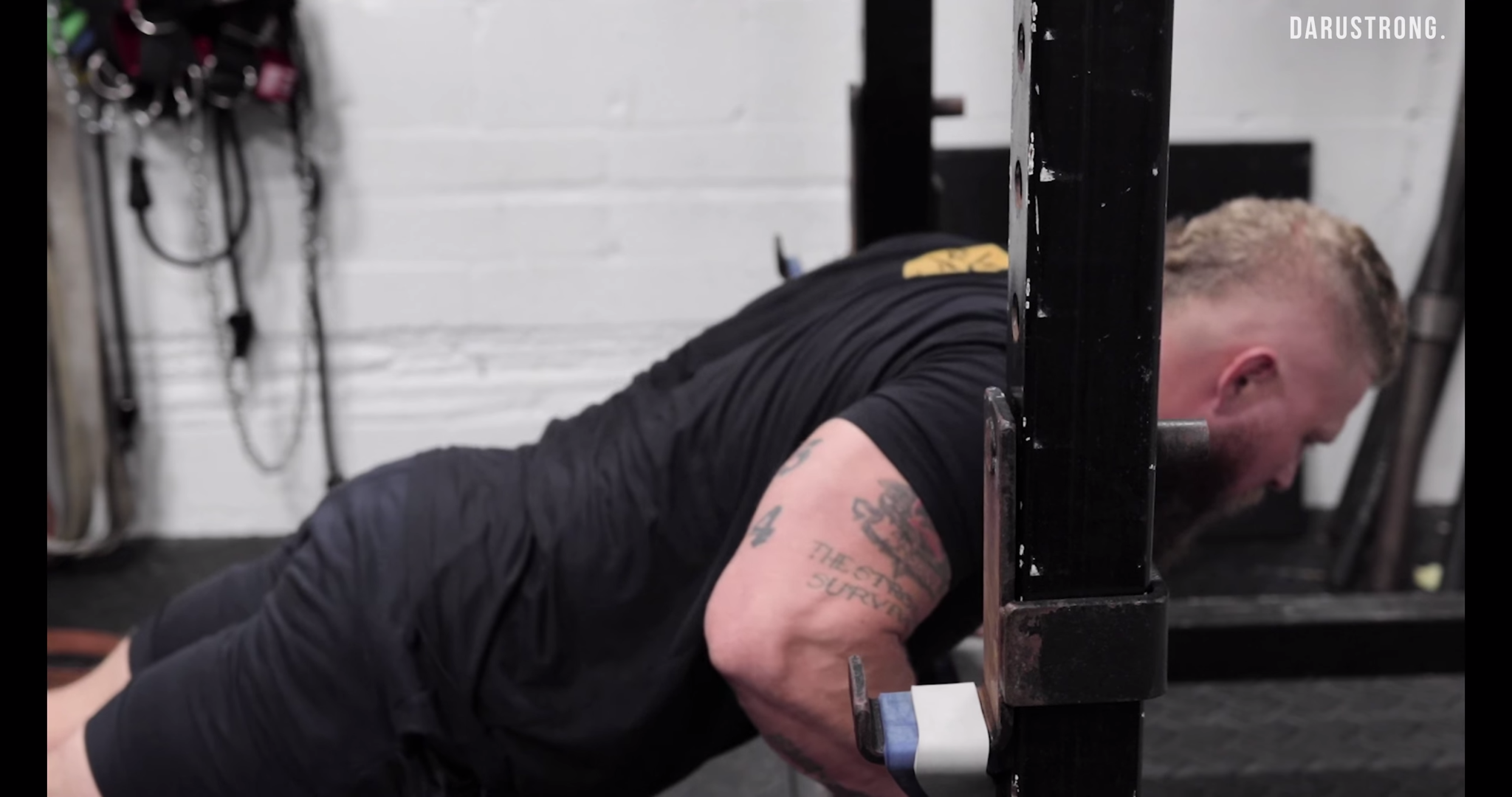 These arm exercises to increase punching power don’t do much good if you don’t know how to add them to your training.

These arm exercises are isolation movements. That means they’re working the muscles of the triceps or biceps without much involvement from other muscle groups. That said, you’re going to want to perform eight to fifteen reps per each set of these exercises.

As for progression, these arm exercises to increase punching power can seamlessly be placed into a simple block periodization.

In your first training block, perform these movements with high intensity and low volume.

The next training block should train these movements with higher volume and lower intensity.

In the last training block the focus should be placed on higher metabolic volumes. That means you’ll be using training methodologies such as blood flow restriction training, drop sets, and circuits. 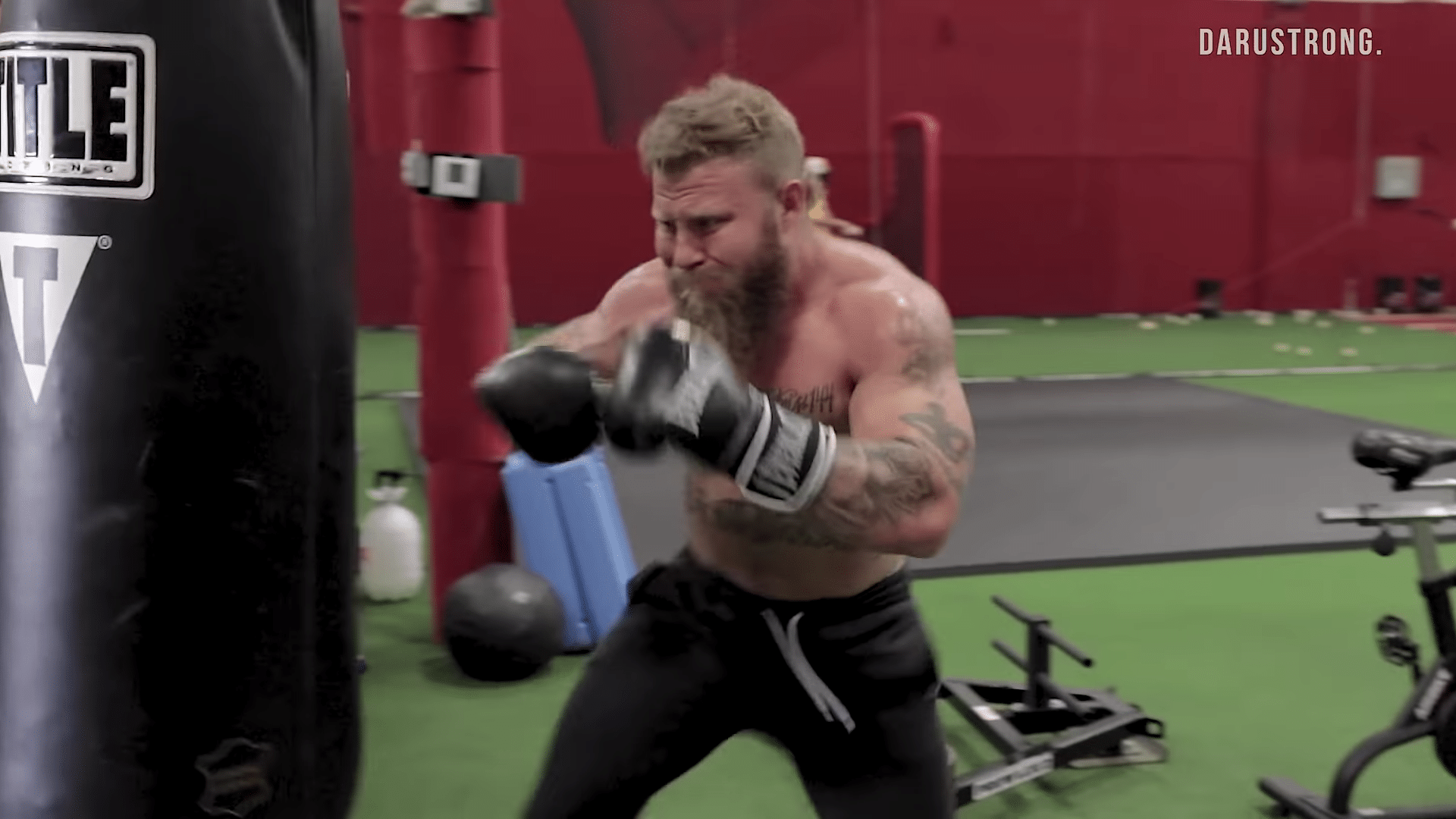 Not only will you find the best exercises to increase punching power inside, but you’ll find them placed in a system that will work to hammer away your weaknesses, and elevate all of the qualities you need to become a more dangerous fighter.

Right now, you can grab Heavy Hitter for a half-off blog reader discount.

Click here to increase your knockout power with Heavy Hitter>>>