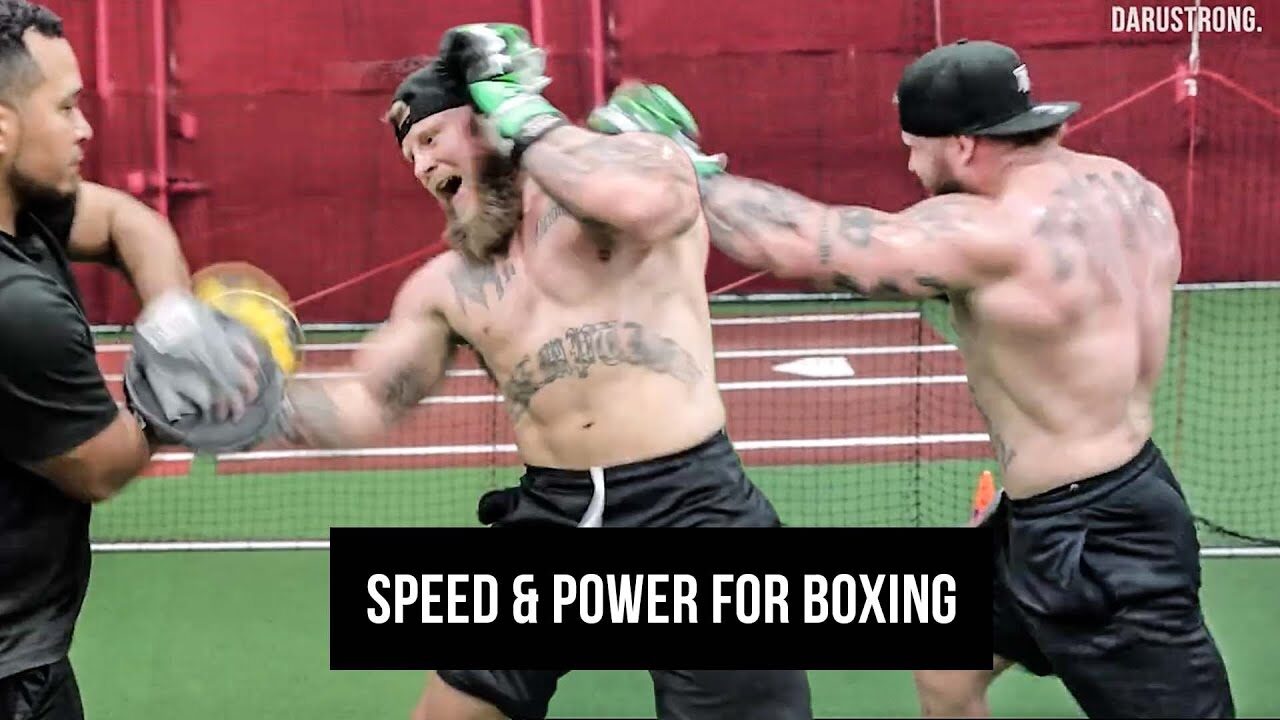 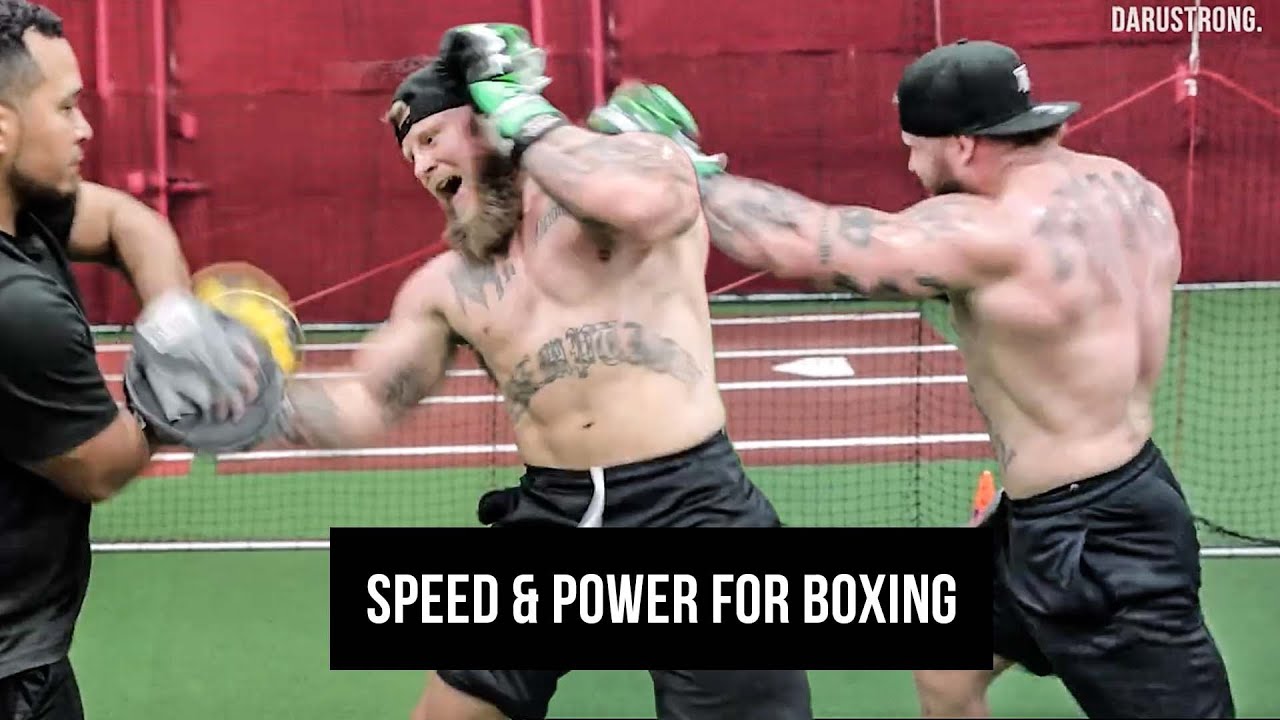 Recently, I linked up with my old boxing coach Byron Zamora. He helped me sharpen my skills when I was in the fight game. And he continues to help high-caliber fighters develop their boxing to this day.

Byron ran me through a boxing speed and power pad work session when he stopped by.

We worked on precision, speed, and the end range of my punches.

Today, I want to share three boxing drills for speed and power that he shared with me. You can do these three drills multiple times a week. And if you stick to them, you should see an increase in your boxing speed and power.

Before we jump into the boxing drills, if you want to uncover how to strength train for boxing performance, faster hands, and more power, check out Heavy Hitter. You’ll get 50% off for being a blog reader.

This first drill is for beginners.

When you’re first starting out, you want the focus to be on technique. You want quick, snappy, precise punches. You also want to get a handle on your range.

This simple boxing combo will take all of the above into account.

Start with a simple one, two combo.

The jab should be quick, sharp, and precise. Make sure that you’re making contact with the mit or bag at your end range of motion.

The cross should be strong and powerful. Make sure you’re generating enough force from the hips, not muscling it.

And again, make sure you’re making contact at the end range of motion.

Start by performing this simple combo for a minute straight.

As you build up your endurance, progress to two minutes, then three.

Again, the first three punches are going to be quick, sharp, and precise.

The last punch should be powerful.

At the intermediate level, we still want quality.

We want three sharp, snappy, and precise punches followed by a powerful cross.

The only difference is, at the intermediate level, we’re going to finish off with a body shot.

Again, in those first three punches, we’re not focused on power. Just speed and precision.

Then, that body shot is going to pack a punch.

If you’re an intermediate, start off at two minutes. Then, gradually build up as your endurance increases.

In the advanced stage, we’re going to throw some new variables into the mix.

The main variable is movement. We’re going to sprinkle in some head movement – pulls and slips – depending on the punch the combo finishes with.

The first speed and power drill is a one, two, pull, two.

When you pull, try to maintain your balance. A lot of guys shift their center of gravity too much and get off balance when they throw their cross.

Also remember that the power punch is going to be that second cross. The one, two is quick and snappy.

The second speed and power drill is one, two, slip, body shot.

On the slip, remember to slip that punch just enough that it misses you. You don’t want to throw off your balance or put yourself in a bad position to follow with that body shot.

And again, the body shot is the power shot. The first two punches are quick and precise.

Perform these boxing drills for speed and power three times a week to get the maximum benefits.

If you’re a beginner, keep it simple. Simplicity with high technical efficiency is key. Stick with 1, 2 combos and keep things sharp and precise.

Intermediates can add in more punches, always finishing with a power punch at the end. Sprinkle in some 3s and 4s to mix things up a bit.

Advanced guys can add more punches as well as head movement. Slips, rolls, and pulls are all fair game. Feel free to add in any punches you want, but again, the last punch is always the power punch.

If you don’t have a mit holder, you can practice on the bag with the same format.

If you’re missing just one, you’ll plateau. Your efforts for more pop in your bunches will be in vain. And ultimately, you’ll struggle.