How to Increase Explosiveness FAST (3 Shortcuts) 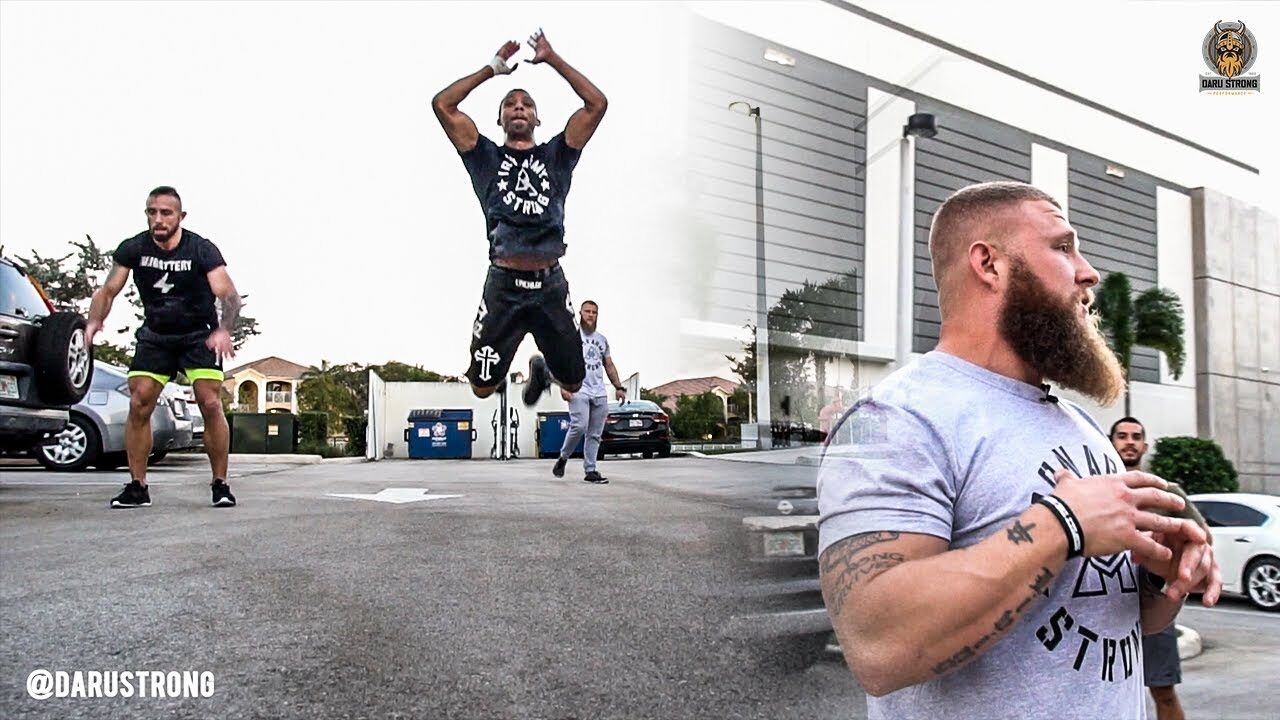 How to Increase Explosiveness FAST (3 Shortcuts)

Worthwhile results come from hard work and careful planning no matter what you’re working towards – strength, performance, power – it doesn’t matter. However, when you’re committed to the journey, you’ll come across ways to get superior results faster.

The tried and true methods of power training will always hold up – plyometric training, working down the force-velocity curve, ballistic training. However, there are small tweaks you can make to your training that can help you see results faster… Sometimes, even see results as soon as today.

The explosiveness shortcuts I’m going to share with you are underutilized and sometimes misunderstood. But they can go a long way in making you a more powerful athlete.

You should be warned though, these explosiveness shortcuts can’t be used all of the time. It’s all about using them in the right context. And the right context depends on where you are in your programming, what your goals are, how close you are to the season or fight, and a whole lot more.

And if you want to eliminate guesswork on that end, you can check out my Heavy Hitter Program. This program specializes in increasing knockout power, along with increasing movement quality, stability, and sport-specific strength. And even if you’re not a fighter, the methods loaded inside of Heavy Hitter can still increase your explosiveness and general athleticism. You can check out Heavy Hitter here and grab it for a half-off blog-reader discount.

Let’s get into the shortcuts:

There are athletes (and even coaches) out there who outright ignore strength development, thinking that they don’t need it because they play a power sport. However, strength plays a HUGE role in developing explosiveness and power. In fact, it’s one of the key factors in the power equation.

So why does it get such a bad reputation?

Many small-minded coaches and athletes think that because they’re not statically bench pressing, squatting, or deadlifting on the field or in the ring, they don’t need strength. However, they’re looking at a single part of the whole. While the part about not having display static strength in competition is true, what I said above still holds up. Strength, or force production, is one of the factors in the power equation.

However, when you look at bulky powerlifters, they have a helluva lot of strength, but next to no explosive power.

The answer has to do with building strength in a way that translates to power. And one of my favorite ways to do this is with accommodating resistance.

If you’ve ever seen one of my videos where I’m squatting or deadlifting with bands, then you’ve seen accommodating resistance in action.

Essentially, accommodating resistance corrects the disparities in force of movement at certain joint angles. In English, that means that bands and chains to keep the amount of resistance even throughout the entire movement.

For even more clarity on this, here’s an example:

Think of a squat. What’s the most difficult part of a squat? As you descend into and ascend out of the bottom position, right? And once you reach a certain point in your ascension, the movement becomes easier, the bar moves faster, and you’re forced to decelerate. That’s no good if your goal is power.

So with accommodating resistance, you’re able to replicate that constant acceleration with a load. This can ultimately help you transfer your strength into power.

How Do You Use Accommodating Resistance?

Equipment Needed for Accommodating Resistance: There are two kinds of accommodating resistance you can add to your lifts. The first is a set of bands. Bands accelerate the eccentric portion of the movement and add more and more resistance as you reach lockout. The second kind of accommodating resistance you can use is a set of chains. Chains feel more like real weight and they don’t accelerate the eccentric portion of the movement because they are not elastic. The movement still becomes easier as you descend to the bottom position, however.

I typically like to use bands more, as they are more conducive to increases in explosive power.

You should also make sure you have the proper rack setup if you’re using bands. When you set up your bands, you want to ensure that the bands are setup in line with the middle of your foot, not in front or behind.

Exercise Selection: Accommodating resistance can technically be added to any barbell movement, provided you have the tools to make it happen. However, I tend to stick to the big compound lifts – squat, bench press, deadlifts, trap bar deadlift – when I use accommodating resistance as there’s no need to overcomplicate accessory movements. 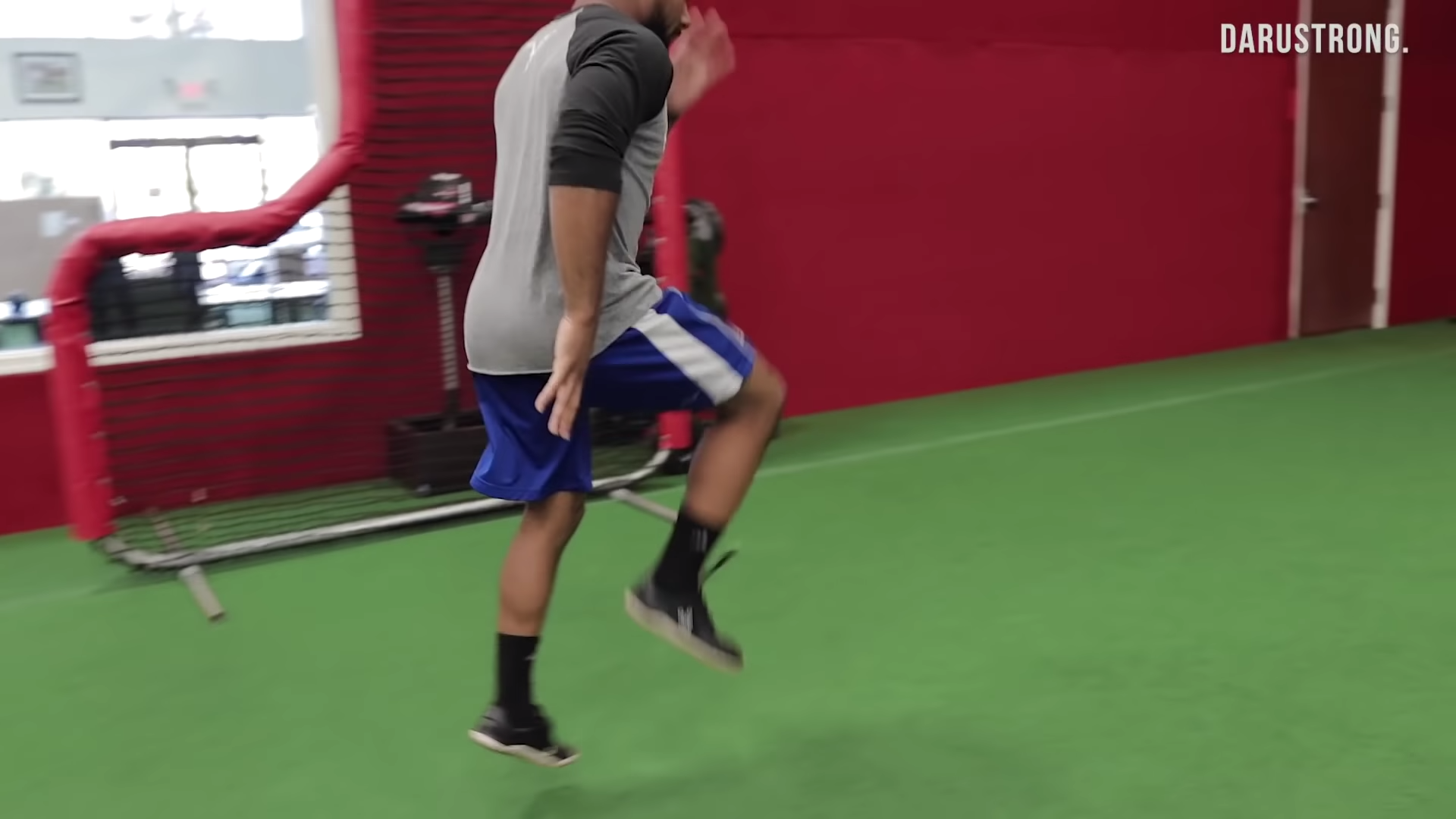 Contrast training brings a storm of benefits to the user. In addition to increasing explosiveness, it builds strength, muscle, and improves overall athleticism… All at once.

So what is it?

Contrast training at its core is simply pairing a heavy lift with an explosive movement of the same movement pattern. A simple example of this is a squat and a squat jump. But why does this method create such amazing results? Because of post-activation potentiation. Post-activation potentiation is the short-term increase in muscle force production following a maximal or near-maximal contraction.

In English, that means performing a heavy lift tricks the muscles into exerting more force than they otherwise would. This then carries over to the explosive movement, which is performed with more power and explosiveness than the muscles would normally produce.

Over time, this method will create increases in explosiveness, among the other benefits I laid out above.

How Do You Use Contrast Training?

Equipment Needed for Contrast Training: There is no special equipment needed for contrast training aside from the equipment you need to perform your resisted movement.

Really, the exercises you pick are only limited by your knowledge of movement.

Reps, Sets, and Intensity: The research shows that you can perform anywhere from 3-7 sets of contrast training and still see results. You should keep the reps between 1-5, keeping every movement quick and explosive. Remember, not to sacrifice quality for quantity. Finally, you should keep the resisted movement between 80-90% of your one rep max. Be sure to keep 1 to 3 reps in the tank so as to not over-exhaust the muscles for the explosive movement.

Although this method hasn’t been heavily researched, myself and other top coaches in the industry have been using it with great results. And it creates such rapid results that some coaches have their athletes perform overcoming isometric movements before games. It works that well.

So what is overcoming isometric training?

How Do You Use Overcoming Isometrics?

Reps, Sets, and Intensity: The research on overcoming isometrics is still sparse. However, I’ve found that 1-3 sets of 3×5 second holds works best for me, my athletes, and other coaches in the industry. This rep and set scheme elicits the desired stimulus. Obviously, the resistance should be insurmountable, immovable, too heavy to lift.

If you want to pair overcoming isometrics with an explosive movement, the same rules apply as contrast training – keep the reps between 1-5 with a focus on quality rather than quantity.

The Ultimate Explosiveness Shortcut for Fighters

If you want to increase your explosiveness, knockout power, and overall fight performance, then you’re going to love the explosiveness shortcut I’m about to share with you.

Over the years, I’ve helped some of the top names in combat sports increase their knockout power, explosiveness, and overall athleticism. Some of these names include Dustin Poirier, Tyron Woodley, Kelvin Gastelum, Frankie Edgar, Junior Dos Santos, and many more.

Now, I’ve taken these knockout power development methods and loaded them into one program designed to give you heavier hands – Heavy Hitter.

Heavy Hitter contains some of the methods laid out above along with others designed to give you more stability, strength, mobility, and movement quality.

You can check out Heavy Hitter by clicking the link below. Better, you can grab it for a half-off discount because you read this blog post.